Doug has lived in Warrenville Lakes since 2008.  He was elected to the Board in April 2010  and assumed the role of Treasurer in February 2011.

He has led the Finance Committee in building our most recent several budgets, and performs broad supervision for the accounting functions of the Association.

Doug works in Information Technology for an international manufacturing company based in Itasca, IL. 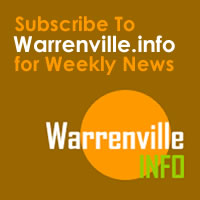 Get Details of these Events in Weekly Email